Now, I Love My Nose!

You’re not the only girl embarrassed about her big nose. Many of your favorite celebs are too.

In fact, there are thousands of women just like you who would love to get a “nose job,” which doctors call rhinoplasty, but maybe you are hesitant or sometimes even embarrassed to talk about it.

Thankfully there are plenty of celebrities who have gone under the knife. And a few of these brave, bold women are completely open about their surgery. It’s something that they embrace and share. Here’s a list of five of these powerful and influential ladies and before&after celebrity nose job pics. 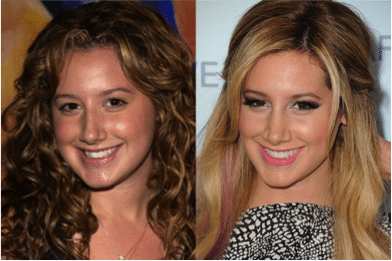 5. Ashley Tisdale
The star of “Suite Life of Zack and Cody” and “Hellcats” did her rhinoplasty for health reasons, as do many women. “I could barely breathe out of the right side of my nose,” she said about her condition prior to the surgery.

4. Dianna Agron
This actress from “Glee” told David Letterman that “It’s all better now…” confirming that she had nose surgery. She referred to a fight once in high school and a dance floor accident as reasons for her face fixer. 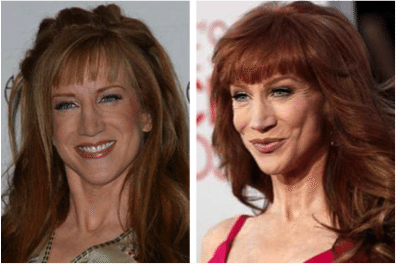 3. Kathy Griffin
This Emmy and Grammy Award-Winner didn’t get hurt or have health probs…she just thought it would make her look cuter! She talks about it boldly in her memoir, “Official Book Club Selection: A Memoir According to Kathy Griffin”. 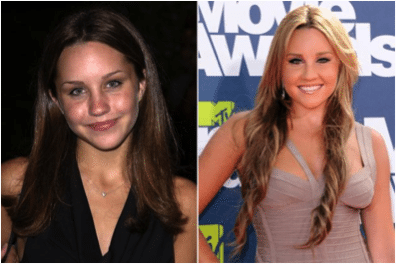 2. Amanda Bynes
The actress from Nickelodeon’s “All That” and WB’s “The Amanda Show” told the public via social media about her nose job. Initially she wasn’t going to say anything, but eventually didn’t care what folks thought anymore about her beautifully successful rhinoplasty. “Having surgery was the most amazing thing for my confidence!” she said on Twitter. 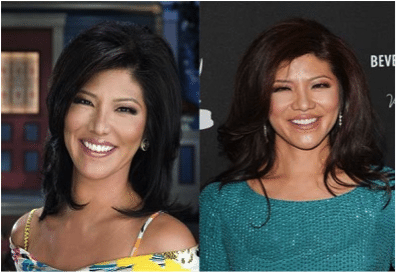 1. Julie Chen
The popular Asian-American journalist admitted that she had her nose job to make her eyes look bigger. And she was so happy when she confessed it to her parents early in her career. She was even more joyful about getting the rhinoplasty when she heard their response. They were very proud of her!

So, now that you see how some famous celebrity women have had nose jobs, if you would like any more information about rhinoplasty Boca Raton, just call Dr. Man, one of the best plastic surgeons in all of South Florida.